By making a donation and supporting this campaign you can earn the reward of all the people being impacted by it.

Do you want the reward of making this practice TOXIC!

Do you want the reward of protecting the sacred bond between children and both their parents?

1) Raise awareness of the destructiveness of breaking such sacred bonds;

2) Help Muslim children have meaningful access to both parents and not be weaponised during marriage breakdown.

Donate via our LaunchGood →

Achieved so far and in the pipeline

The response from the community has been phenomenal and thousands upon thousands of people have heard our call. Alhumdulillah. And let’s not forget, this message is bigger than Islam21c, we have so many partners who have joined this campaign to create one mighty voice. Our partners include:

·  23 mainstream Muslim organisations made of up of mosques, Islamic councils, umbrella organisations, educational institutes and more.

·  More than 120 Imams and Islamic leader have joined the campaign and are actively raising awareness in their respected communities from across 30 UK cities and even Sweden and Germany are on board.

Watch out for our upcoming feature shows on Islam Channel, Eman Channel and British Muslim TV.

Also in the second week after lockdown for the first time in the UK we are holding a National Bayan/Khutbah Day dedicated to the topic “Every Child Has The Right To Both Parents”. We already have 120 Khateebs signed up but we want to reach 500 Khateebs across England, Scotland and Wales participating insha’Allah. This means approx 250,000 Muslims will hear a dedicated lecture on this crisis on the day of Jummah.

The conversations have NOW started and the momentum is building but we are just getting started and this is your chance to be part of it.

Donate via our LaunchGood → 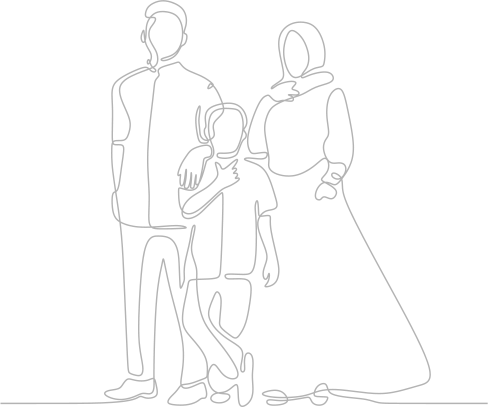